Wrestling is undoubtedly an entertaining sport, with blows and kicks flying in every direction. Over the years, people’s love for wrestling has helped in producing several movies (Rocky, Southpaw, Raging Bull, etc.) and shows (WWE, UFC). However, many people will claim that wearing headgears ruin the fun.

Why Do Wrestlers Wear Headgear? 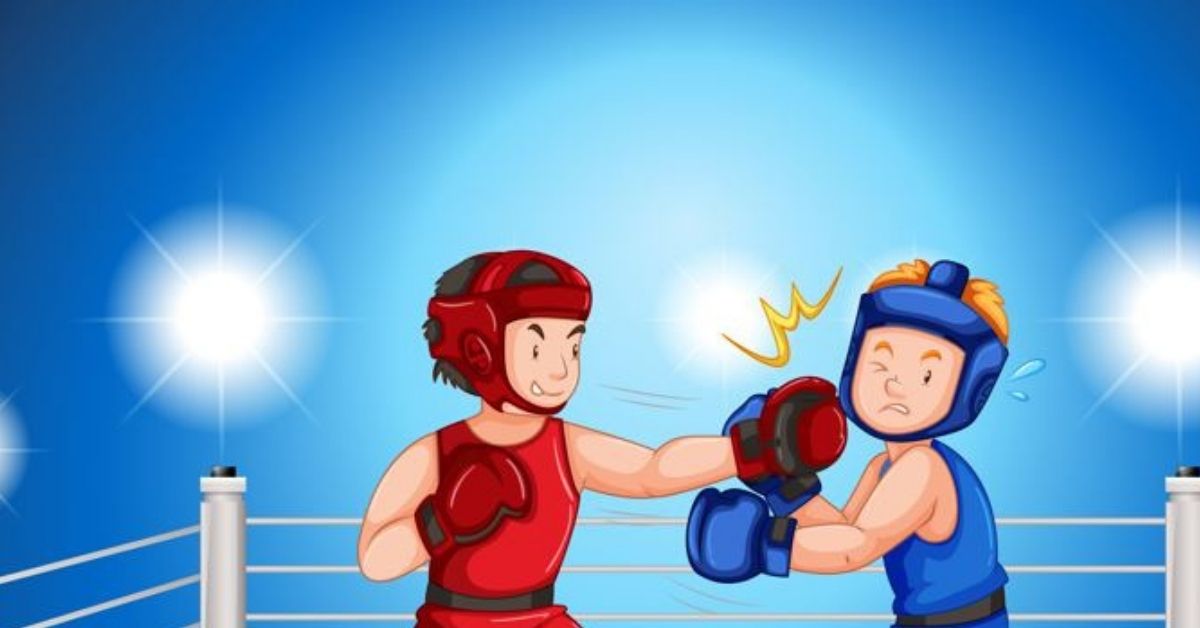 Simply to keep themselves protected. Although everyone loves wrestling due to its brutality, you should not ask wrestlers to put their life on the line. Without wearing the necessary Personal Protective Equipment, they will most likely have to retire within years because of medical issues.

Wrestling headgear is usually worn with the goal of protecting certain sections of a wrestler’s head. These parts mostly include the ear, mouth, chin, and forehead. With less force being transferred, wearers hope to minimize the chances of gaining severe injuries and scars.

Here are some medical issues that wrestlers protect themselves from by wearing wrestling headgear:

When blunt trauma is aimed at a person’s ear, the blood vessels situated there are quick to develop several clots known as hematomas. These form little chunks all over the ear’s external part, making its appearance similar to that of a cauliflower’s surface. With time, the clots stop blood from being supplied to the ear’s cartilage. As the muscles there die due to a lack of oxygen or nutrients for respiration, the outer section of the ear–also known as auricle–hardens to form a deformity. This is known as a cauliflower ear.

So, wrestling headgears like the ear guards are worn, to keep this excruciatingly painful medical condition at a bay. As it is manufactured out of hard plastic and contains shock-absorbing foam underneath, the amount of force reaching your ear is cut down. Wrestlers also do not have to worry about the ear folding up and creating an unappealing appearance. Difficult draining procedures can also be avoided.

A punch or kick to the mouth will bring along several dental problems. Swollen or bleeding gums will leave people in discomfort while making eating tough. Broken teeth, on the other hand is another agonizing issue that requires a huge sum of money to solve as well as a great deal of hassle.

To avoid all this, wrestlers wear mouth guards–an extremely important wrestling headgear. These are made of Ethylene-vinyl acetate [1] [2] which uses its strong thermo-polymer properties to shield your mouth.

Chronic traumatic encephalopathy (CTE) is a medical condition that arises after facing repeated blows to the head. This causes several issues like memory loss, mood swings, slur in one’s speech, dysphagia (finding eating and swallowing tough), and Parkinson’s. Wearing headgear that shields the forehead and the back of your head will decrease the possibility of getting CTE.

TBI or Traumatic Brain Injury is yet another severe issue that can be prevented by wearing the right headgear. It causes extreme nausea and sufferers are left with a frustrating headache that never seems to go away. Patients with TBI also have a hard time speaking or going on with their daily activities. At certain times, they are unable to get up from their sleep for days.

Sports-Related Concussion (SRC) is highest amongst wrestlers. Fatal problems like extreme mental confusion, pain, and hindrances to coordination are caused by the frequent occurrence of this issue. Closed Head Injury (CHI) is another situation that occurs upon facing regular impact to the head. The tissues and cells in the brain suffer from damage, which causes the head’s interior to swell up and bleed profusely.

Other than these, long-term neurological sequelae or skull fractures are also issues that arise from regular combat. These can prevent people from carrying out day-to-day activities and limit their limb movements.

Once again, taekwondo head guards or face guards can assist you in avoiding these problems. As the durable Velcro or plastic material decreases the power of every blow, your head suffers from less damage.

Although these are some of the most dangerous injuries that wrestling causes, there are several more that scar wrestlers. Split lips, scarred cheeks, black eyes, broken noses, etc. are medical problems that they continuously suffer from. To lessen the arrival of all these difficulties, wrestlers wear head safety gear.

Yes, ear guards or ear splints will help you avoid cauliflower ear. Ear guards minimize the amount of force reaching the ear so, blood vessels are less likely to get damaged. Ear splints, on the other hand, help the ear maintain its structure and completely eliminates the possibility of developing cauliflower ears.

As cauliflower ear is typical amongst wrestlers, many think of it as a symbol of their profession. They want to have the same seal of being a tough wrestler and do not care much about feeling immense pain towards the initial stage.

Why do wrestlers require to drain their ears?

When a wrestler’s ear faces blunt trauma, the blood vessels form a clot or hematoma. This prevents oxygen and nutrients from going to the cartilage cells, which eventually die and become deformed. To prevent this from happening, wrestlers drain the blood clot.

Why do wrestlers get ringworm?

As most wrestlers suffer from injuries or cracks in the skin, they are more likely to contact bacteria and fungi. Pathogenic microorganism gets in through these places and causes tinea infections, which result in the growth of ringworms.

What are wrestlers’ warts?

Molluscum contagiosum is a virus that spreads amongst wrestlers upon sharing towels, boxing gloves, and other gear. These viruses live on the skin, beneath the nails, and on the hair, causing the formation of warts.

Why do wrestlers wear headgear?

To make sure that this dreadful sport does not cause permanent medical harm to their body. So, if you are a wrestler, do not shy away from putting on headgear simply because of what others will think.

As prevention is always said to be better than cure, you need to invest in the right safety equipment to keep yourself safe. That way, you can wrestle with all your energy and might. Here are some options that you should consider checking out!

Paul, a graduate from the University of California, has been a Safety Advisor for over 5 years in USA. Along with his other 2 partners, who are professional bikers, he has been the chief of the headsafetyguard.com to create mass awareness on an often neglected issue: HEAD SAFETY